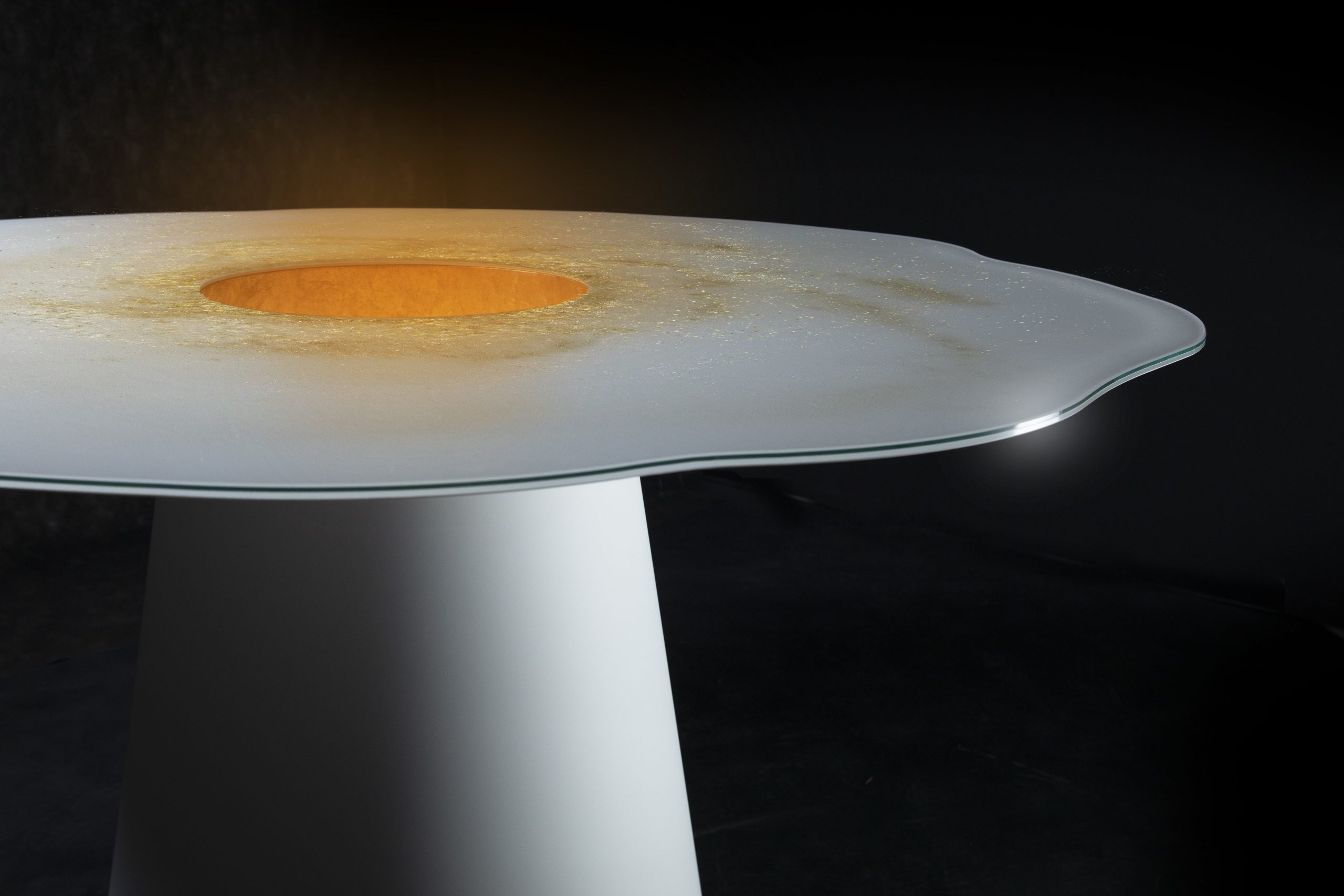 The “Orbita” (Orbit) collection was born from the desire to create highly representative and functional tables, inspired by our solar system

The “Eclittica” (Eclipse) table, without planets, leaves the sun as the single protagonist.  “Allineamenti” (Alignment) reimagines one of the rarest configurations in the sky, where all the planets find themselves situated along an imaginary line.

The concept is the fusion of form and decoration, resulting from the idea that the elliptical shape of the crystal tabletop creates the orbit of the planets around the sun. The top is layered in glass and beveled, decorated with two-grained golden powders and multicolored metal leaves to represent the planets of the solar system.  At the base, there is an internally lit truncated cone, covered in gold-colored leaves to symbolize the sun, while on the outer perimeter, there is a pillar that seems to come out of the surface.

Various graphics were developed for “Eclittica.” Tones reminiscent of the celestial darkness, illuminated by a dusting of fine golden powder or the color white, emphasizing the intensity of the light emanating from the base (sun.) The variants of “Orbita” are expressed by the concepts of the black, white, and red moons, with the latter also offering the possibility of representing the astral position on any date.