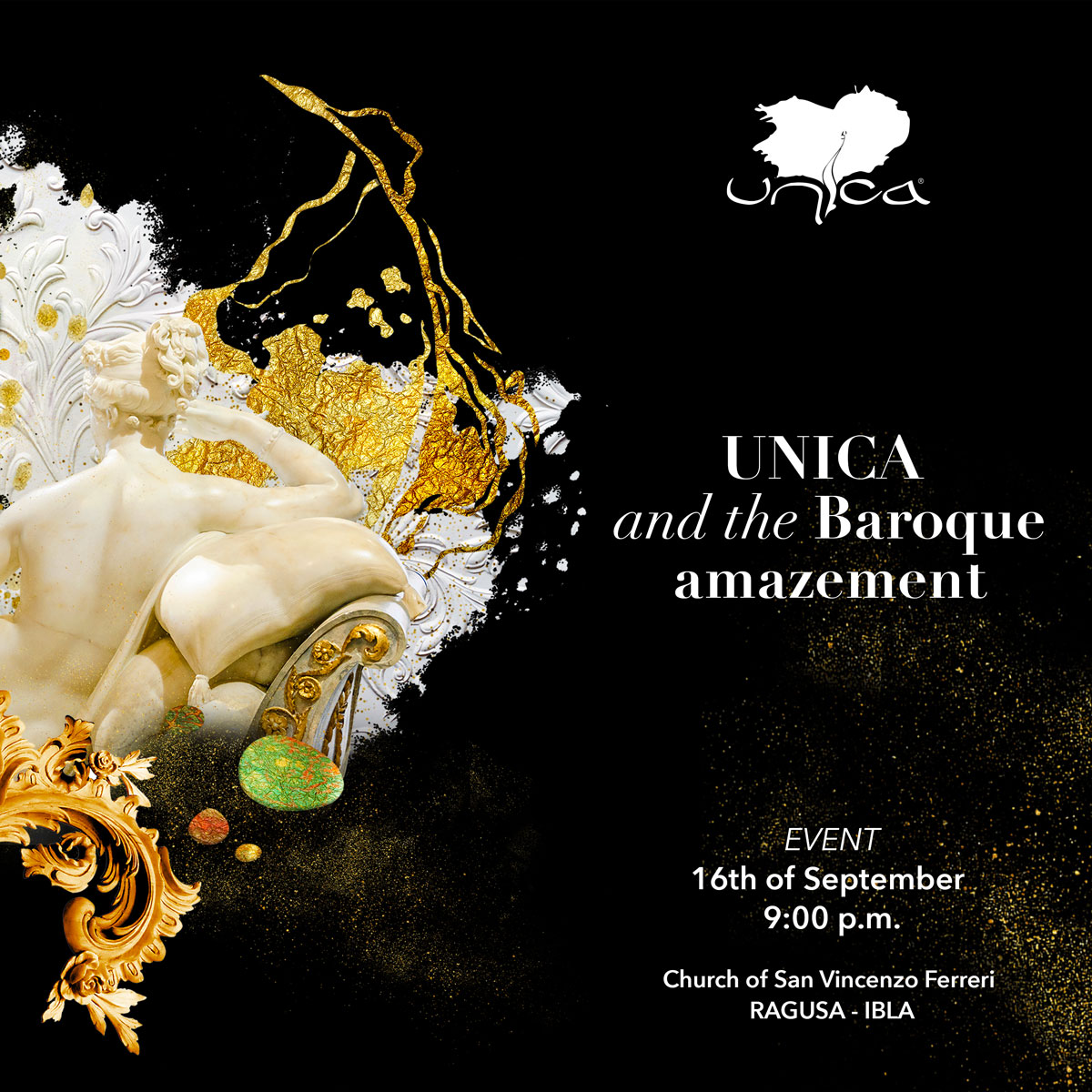 UNICA AND THE BAROQUE AMAZEMENT

After having introduced the relevance and general reasons why our poetics is close to the Neo-Baroque movement and in the run-up to show the World the preview of “Ibla”, our new work created in collaboration with Roberto Semprini, at the “Barocco e Neobarocco” design festival to be held in Ragusa Ibla from 15 to 18 September 2022, we’d like to take a closer look at the main themes that connect the stylistic-formal characteristics between the Baroque movement and Unica pieces.

Specifically, we would like to focus on the search for the enduring sensation of amazement that our works, as do Baroque ones, aim to create not only in the eyes of the occasional observer but also in those who later decide to purchase and use them daily.

Baroque art, unlike the classic approach, formally more restrained, logical and rational, is generally defined with a bouquet of adjectives ranging from Fantastic to Complex, Exuberant to Enchanting, Immense to Incredible, adjectives that are unleashed as a consequence of the sincere astonishment that the spectator feels in contact with works belonging to this style.

However, that effect of amazement Baroque artists initially sought and later also used by Neo-Baroque artists, is not an end in itself at all, but is aimed at triggering an emotional impact in the user capable of causing, according to the scholar Torselli, “… a retention of the forces of contemplation or admiration, letting them then act with greater strength once released”

The surprise effect that Baroque art is able to provoke, thus becomes a means for establishing an intense emotional relationship with the work, a sensation of lengthy suspension, which drives the human being to maintain a relationship of keen interest vis-a-vis the work itself and all the intangible influences it contains.

In correlation with this, we have often recounted how all our creations convey, in addition to traditional study, a life full of experiences and emotions. And how, through our research, we have set a goal to include, in the substance of our works, the great inspiration that nature gives us. And how we are willing to run the risk of staying far away from any extemporaneous fashion or trend in order not to betray such a powerful and forceful essence. Creating for us means being moved and moving, experiencing and giving experiences, because for us, as it was for Baroque, to amaze does not just mean to surprise, but to make that surprise a substance for opening to the beyond.